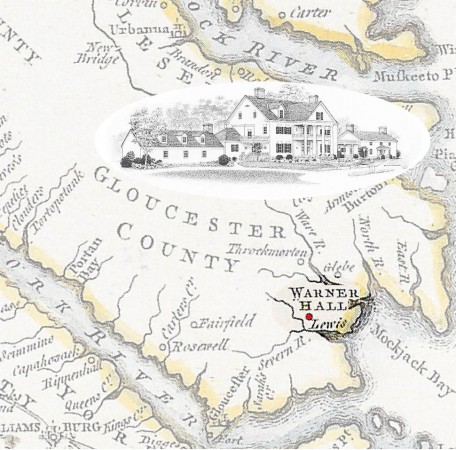 The history of Warner Hall runs so deep you could write a book about it.

In 2005, we commissioned Dave Brown and Thane Harpole to do just that after they completed a rich archaeological dig on the property.

Nearly three centuries old, Warner Hall’s rich history speaks of both the fortunes and circumstances that befell many of Virginia’s great homes and families. It’s one of evolution, settlement, war, patriotism and change.

The great artifacts unearthed by Dave and Thane, combined with maps and documents preserved from Warner Hall’s history, help tell that tale.

The book Dave and Thane published for us, “Warner Hall: Story of a Great Plantation,” not only traces the families that called this land home and their descendants who went on to make history (like George Washington, Meriwether Lewis, Robert E. Lee and Queen Elizabeth), but it also highlights some little known facts and the people who make up the fabric of the plantation’s story.

Like Fanny Gardner, a former slave who lived in a cottage at Warner Hall during the 19th century. Or the land patent in 1642 awarded to Augustine Warner that started it all. Or the layout of the original 600-acre plantation, how the families wound have lived then, the fire that swept through and the manor house as it stands today.

Pick up your very own Warner Hall book, many of which are signed by the authors, anytime.

Ordering is simple! Call us, email us (info@warnerhall.com) or ask about them when you come to stay!

Want to read some excerpts from the book now?

Inscriptions on the Warner Hall Tombstones

The Land Grant That Started It All

Mr. Warner Lewis and the Warner and Lewis Cemetery at Warner Hall