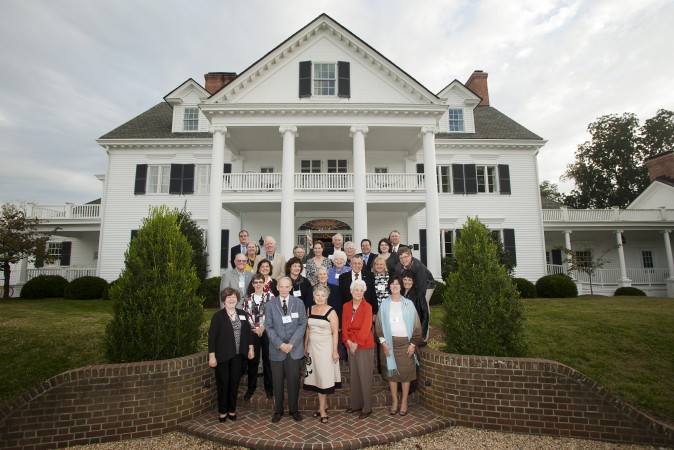 Warner, Lewis and Washington Descendants To Celebrate the Legacy of Their Ancestors

The Inn at Warner Hall will host an Ancestral Homecoming Weekend Friday, July 26 to Sunday, July 28, 2013.

Some of the most recognized names in American history are direct descendants of Warner Hall’s founder, Augustine Warner – George Washington, the first president of the United States, Robert E. Lee, the most famous Civil War General and Captain Meriwether Lewis, renowned American explorer of the Lewis and Clark expedition.

George Washington was a frequent visitor to his grandparent’s plantation.

Queen Elizabeth II, the current monarch of England, is also direct descendent of Augustine Warner. In England, Warner Hall is referred to as “The home of the Queen’s American ancestors.”

Friday, July 26 after checking in, reconnect – or meet – fellow descendants at a “Down Home” welcome buffet dinner. Friday evening, Fairfield Foundation Archaeologists David Brown and Thane Harpole will present a program on 18th century life at Warner Hall and sign their book, “Warner Hall – Story of a Great Plantation.”

Saturday, following breakfast, transportation will be provided to take descendants to “Follow the Footsteps of Augustine Warner II in Colonial Williamsburg,” a private tour developed just for this event.

A tour of White Marsh Plantation – private house and grounds described by Gen. Robert E. Lee as the most beautiful place he’d ever seen – will round out the afternoon before returning to Warner Hall for an 18th Century Dinner featuring costume, music and customs of the day.

The program Saturday evening will feature special presentations, including the preservation of the ancient John Lewis Family Cemetery and “From the Beginning: Warner and Lewis Family English Origins,” by descendant and researcher, Richard Weaver.

Following breakfast at the Inn at Warner Hall Sunday morning, the group will travel to Jamestown Memorial Church for a private service to honor their 17th and 18th century Virginia ancestors. The weekend will end with a trip to nearby Poquoson for a guided tour of the site of Augustine Warner I’s first land grant, optional lunch and a lecture by Colonial Williamsburg’s Winette Jeffery.

The Colonial Adventures & Meal Package is $195 per person, including tax and service. Space is limited to 80 guests. Lodging is not included.

Guests can stay in one of Warner Hall’s 11 rooms. Call the Inn to book a reservation. Rooms assume double occupancy, full breakfast and complimentary snacks each day.  Lodging rates range from $195 to $250.