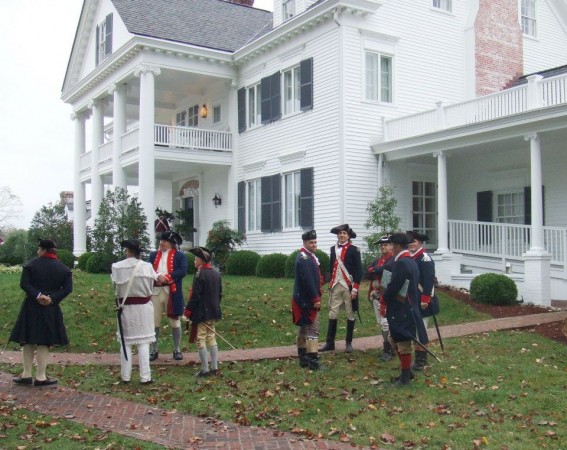 The British Are Coming Back… and the Americans and French, Too

The British are coming back. And the Americans and French, too. On October 19-20, 2013, at the Inn at Warner Hall, the Allies will engage the British Legion and other Crown forces in a reenactment of the 1781 Battle of the Hook that took place in Gloucester County, helping win the Siege of Yorktown and America’s independence.

The reenactment, one of the largest recreations of a Revolutionary War battle, will bring together more than 1,000 infantry, cavalry, artillery and maritime landing reenactors from across the country at the Inn at Warner Hall, home of President George Washington’s ancestors.

The event will be free and open to the public and we hope you all can make it.

This is a Revolutionary War reenactment that celebrates General Washington’s victory over the British Army. Historic battles will be brought to life by living historians. Recreated military units from across the country will encamp near the actual battlefields where the American Revolution was won after six long years of fighting.

This is the second Battle of the Hook reenactment. The first took place at Warner Hall in 2008 and it truly brought the property to life in a whole new, yet historic, way.