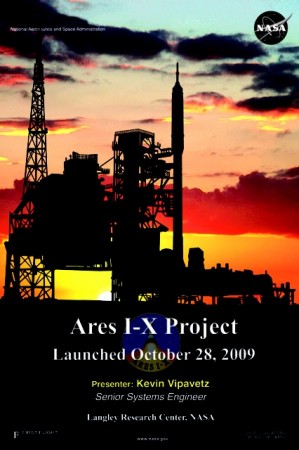 The Inn at Warner Hall is moving up…literally!

We are pleased to announce that a local, NASA rocket scientist will present at our fourth event in the Dinner and Discussion series.

On Wednesday, July 24 at 5:30 p.m., NASA’s Kevin “Vip” Vipavetz will teach us all about the Ares I-X project at NASA. Ares I-X was the first step in a series of new rocket developments that would replace the space shuttle. It won Time Magazine’s Invention of the Year in 2009.

“Metal has no DNA; machines have no genes,” Time Magazine wrote in 2009. “But that doesn’t mean they don’t have pedigrees — ancestral lines every bit as elaborate as our own. That’s surely the case with the Ares 1 rocket. The best and smartest and coolest thing built in 2009 — a machine that can launch human beings to cosmic destinations we’d never considered before — is the fruit of a very old family tree, one with branches grand, historic and even wicked.”

Vip’s discussion will be followed by a delicious buffet dinner by Warner Hall’s Chef Eric Garcia.

At each of these events we have made new friends and learned amazing new things about the world we live in and the people who are helping shape it. That’s what these events are all about. A gourmet dinner following a great discussion doesn’t hurt, either!

The “Dinner and a Discussion” events are $50 per person and include dinner, complimentary wine and the featured speaker.