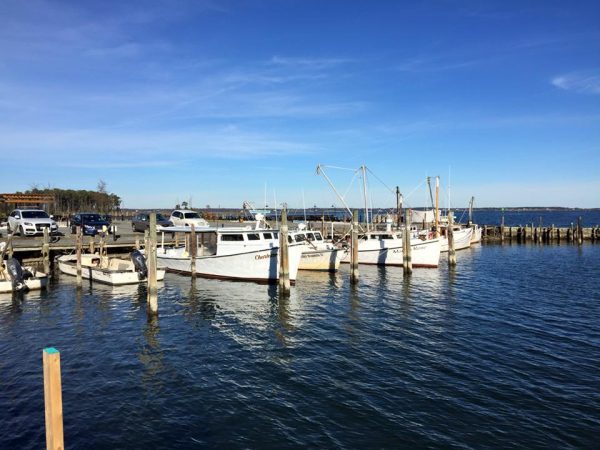 The Inn at Warner Hall will host an exclusive screening of “Journey on the Chesapeake,” a documentary film exploring the history, culture and cuisine of the Chesapeake Bay.

The limited seating screening (150 tickets available) at Warner Hall, which is highlighted in the film, will be held Sept. 24. The event begins at 5 p.m. with wine and hors d’oeurves, followed by a presentation from the film makers at 6 p.m. and a screening of the film at 7 p.m. The event is $35 per person and DVDs of the film will be available for purchase. A portion of ticket proceeds will be used to offset production costs.

Co-produced and hosted by noted Gloucester Chef Win Goodier, Journey on the Chesapeake is an independent documentary by Emmy Award-winning filmmaker Dave Miller about the places and people around the lower and western area of Chesapeake Bay — the Middle Peninsula and Northern Neck — that make it such a unique destination. The film reveals how the bay is woven into the fabric of so many lives, whether it’s those who work it for a living, or those who indulge in the recreation, splendor and bounty the bay has to offer.

Journey on the Chesapeake will be aired on PBS stations across Virginia and neighboring states.

Goodier is founder of Ware River Culinary Company in Gloucester, Va., and has been an executive chef in hotels, restaurants, country clubs, hospitals and team chef in NASCAR.

Journey on the Chesapeake follows Goodier as he travels from the York River to the Rappahannock River and visits with local chefs, watermen, oyster farmers and others, revealing the secrets of the people as well as the places that make the region so uncommonly distinctive.

“The Chesapeake Bay is an incredible area,” Goodier says in the film, before describing the journey he is about to take viewers on. Visiting the small towns and locales and with people on Chesapeake Bay, Goodier heads out on boats to show who catches the bay’s oysters, blue crabs and fish and how they do it.

Journey on the Chesapeake also takes the next step, a `bay to table’ element as described by Goodier, to take viewers “all the way through to the restaurants and the chefs that prepare this food.” It’s a behind the scenes look into the kitchens at restaurants where top local chefs reveal their tips and secrets to making delicious dishes with seafood straight from the bay.

The film also features an interview with the Inn at Warner Hall proprietor Theresa Stavens, who recounts the extraordinary history behind the region’s signature bed and breakfast inn.

“It’s the only place in America, that we know of, that links George Washington, Queen Elizabeth, Robert E. Lee, Meriwether Lewis,” Stavens says in the film. “Presidents, generals, queens and explorers. How much better does it get? Connect back with a place and time where our patriots who founded this place were dedicated to being the best people they could be, living the best life that they could and drawing from all that was around them.”

Miller is an independent filmmaker and owner of a film company on the Northern Neck of Virginia. He has worked with NBC-12 in Richmond, Va., WCVE-PBS, the Virginia Farm Bureau Federation, Capital One, Virginia Seafood, Green Top and many other clients. For more information on Journey on the Chesapeake, visit www.journeyonthechesapeake.com.