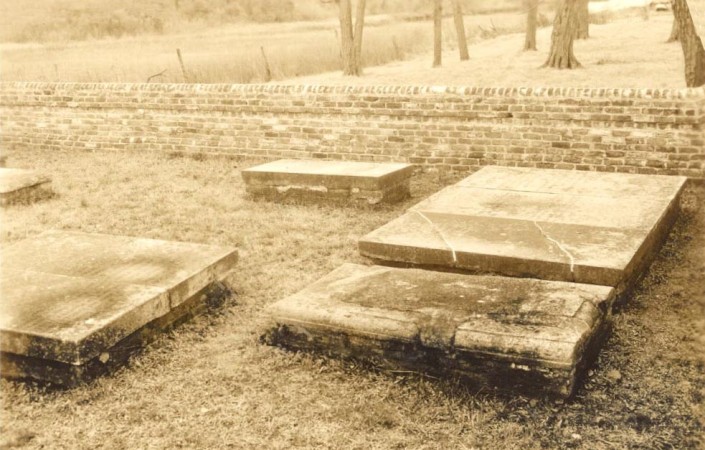 As one of the most historic spots on the property, the graveyard was recently a topic of discussion during a Gloucester Genealogical Society of Virginia (GGSV) meeting at the Gloucester Public Library, Main Street Center. The meeting featured a program on the Warner Hall graveyard and the people buried there, particularly the Warner and Lewis families.

The Warner and Lewis families were prominent in the development of the plantation house and property. The property was started by Augustine Warner (the great, great grandfather of George Washington), and was later inherited by John Lewis, whose son was a member of His Majesty’s Council and was prominent in Gloucester County.

And that’s just to name only two historic figures from Warner Hall. Read this ode to Warner Hall for a poetic recap of the property’s history.

The graveyard offers a remarkable collection of 17th and 18th century tombstones and 11 graves belonging to several members of the Warner, Lewis and Clayton families, and date back to the early 1600s.

Much research has been conducted in and around the graveyard, and preservation efforts have taken place to keep alive the stories of some of the important people who rest there.