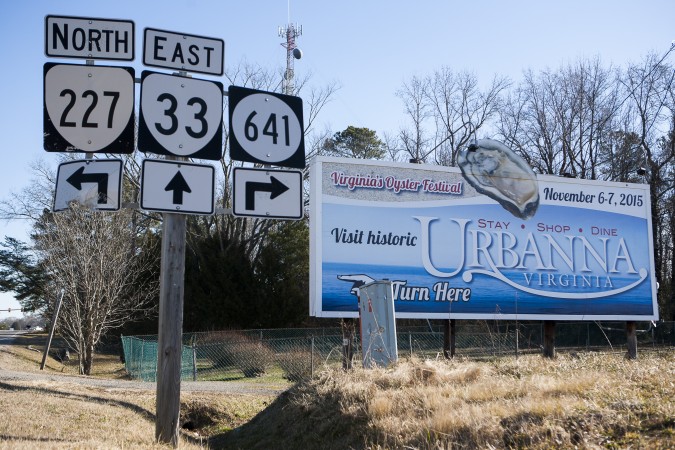 Getting to Know the Streets of Urbanna

It’s no secret that Virginia houses quite a bit of history, but what many people may not realize is that colonial port town, Urbanna, houses a great deal of that history itself. Seven buildings in town have been in continuous use since the colonial period. And four homes within the town limits are listed on the National Register of Historic Places, including the Old Tobacco Warehouse, Landsdowne and the Wormeley-Lee Montague Cottage.

When checking out Urbanna, the following homes make great stops on walking tours of this historic town—nearly all were built in the 1700s and contributed to the vibrant port city.

This is one of the oldest surviving (built in 1766!) mercantile structures in America that’s associated with the sale of tobacco. Before the emergence of the Scottish factors, tobacco and other crops were shipped directly from the large plantations to England in exchange for goods on the return voyage.

If we had to guess, the Gressitt House was probably built in the 1740s, but we do know it was once the home of Urbannas’s Harbormaster. Not to mention, William Clark left here to join Meriwether Lewis in their expedition to the Northwest Territories. And you know Warner Hall has its own connection to Meriwether Lewis!

This house was the Customs House for the colonial port town of Urbanna. There was even a vault with a heavy wooden door and hardware under the basement stairs until 1935, and evidence of a window where custom office business was likely conducted.

In 1876, Charles Palmer designed and built this house for Mr. and Mrs. R.S. Bristow, who established Bristow’s Store. The family was the first in Urbanna to have a camera and electricity, and the block outbuilding behind the house contained the batteries that provided electrical service to the house.

The Courthouse is one of the oldest surviving buildings in Urbanna and one of only 11 colonial courthouses still standing in Virginia today. It was built in 1748 and still wears its original stain glass window.

The Landsdowne house is one of Virginia’s finest early Georgian-style mansions and it’s believed to have been built as early as 1750. The mansion was home to Arthur Lee, a prominent member of Virginia’s Lee family.

It was the owner of an oyster house and pickle factory, Lord Byron Van Wagernen, who built the Marble House at the turn of the 20th century. It’s one of the many notable Victorian-era buildings that attest to the prosperity that Urbanna enjoyed as an oyster processing center in the late 19th and 20th centuries. It gets its name from the use of marble that steamboats would carry to Urbanna from Baltimore to adorn porches, steps and basement.

Built in 1747, when Ralph Wormely bought the parcel, this house is believed to be the oldest surviving house in Urbanna. Arthur Lee acquired it in 1791 and may have used it as the Landsdowne plantation office.

Charles Palmer built this home in 1880 for Captain James H. Bohannon. Bohannon was the commander of the Legonia, an ocean-going schooner owned by William B. Hurst of Baltimore.

When the town Tavern was built in 1740, a night’s lodging cost either five pounds of tobacco or six pence. The Tavern was the site of a Civil War ball given for Confederate officers camped just outside of Urbanna, and when it came time for refreshments, all they had to serve was sweet potatoes. Local legend also has it that Patrick Henry delivered a speech from the steps of the Tavern.

Charles H. Palmer crafted and designed many of Urbanna’s most distinctive buildings between 1874 and his death in 1904. His projects included Bristow’s Store, Baptist Church, the Bristow House, Atherston Hall, and his own home, the Palmer-Chowning House.

Charles Palmer built the Baptist Church in 1862 with his own hands and hand tools for 10 cents an hour. Prior to the building of this church, the courthouse had been turned into an interdenominational house of worship in 1852, or Anglicans worshipped at Christ Church, several miles outside of Urbanna.

Make reservations with us at Warner Hall and make the driving tour yourself!

Photo above by Heather Hughes Photography.