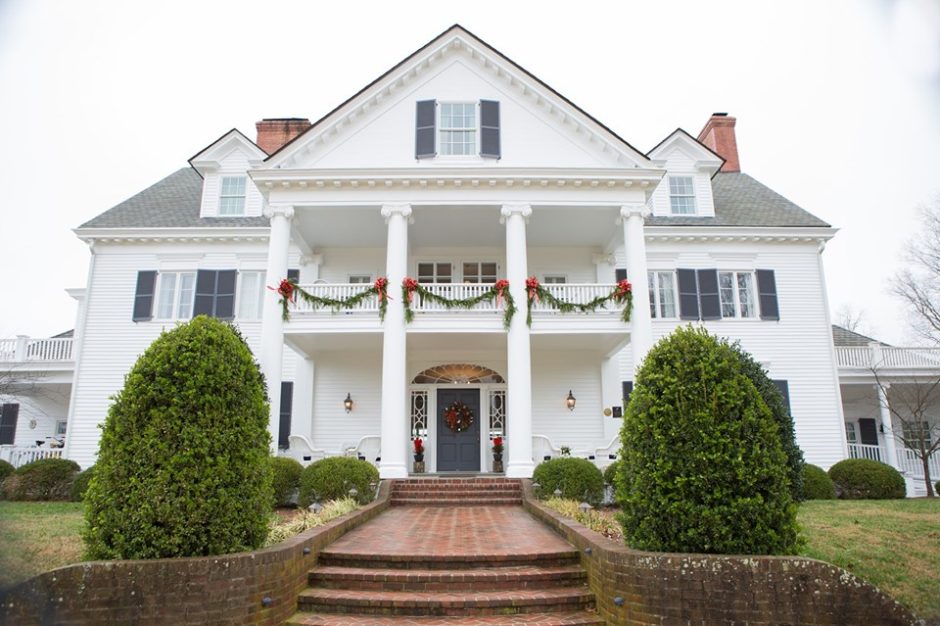 A Colonial Christmas Celebration at Warner Hall for CHKD

The Ware River Circle of the King’s Daughters and Sons will host their 30th annual Christmas Open House – A Colonial Christmas Celebration – at the Inn at Warner Hall on Tuesday, Dec. 10, 2019.

Ideally situated at the head of the Severn River in Gloucester County, the manor house at Warner Hall stands on a neck of land that has been occupied and built upon continually from the mid-17th century.

Referred to as “Austin’s Desire” in the 1642-land patent, the original 600-acre plantation site was established by Augustine Warner as a “land grant” from the British Crown. Augustine Warner received the acreage in exchange for bringing 12 settlers across the Atlantic Ocean to the Jamestown Settlement, a colony desperately in need of manpower to survive in the New World.

The two families associated with the property from this early period until well into the 19th century, the Warners and the Lewises, were among the most prominent families in Colonial Virginia. Over the years, Warner Hall Plantation thrived, as did the descendants of Augustine Warner.

Some of the most recognized names in American history are direct descendants of Augustine Warner – George Washington, the first president of the United States, Robert E. Lee, the most famous Civil War General and Captain Meriwether Lewis, renowned American explorer of the Lewis & Clark expedition. George Washington was a frequent visitor to his grandparent’s plantation.

Queen Elizabeth II, the current monarch of England, is a direct descendent of Augustine Warner through the Bowes-Lyon family and the Earl of Strathmore. In England, Warner Hall is referred to as “the home of the Queen’s American ancestors.”

Warner Hall is also significant for the part it played in the drama of Bacon’s rebellion, one of the most important events in early Virginia history. After leading a 1676 rebellion against the British governor and burning Jamestown, Bacon retreated to Warner Hall Plantation. At the time, Augustine Warner II, who was Speaker of the House of Burgesses and a member of the King’s Council, was in residence and very likely agitated that his plantation was taken over by opponents of the Crown.

Today, Warner Hall consists of a Colonial Revival manor house (circa 1900) which was rebuilt on the earlier 17th and 18th century foundation. Like the previous structures at Warner Hall, all of which indicated the prominence of their owners, the Colonial Revival core is a grand architectural gesture. The original 17th century west wing dependency (the plantation schoolroom and tutor’s quarters) has been completely restored and offers a rare glimpse into the past. Historic outbuildings include 18th century brick stables, a dairy barn and smokehouse. The Warner-Lewis family graveyard offers a remarkable collection of 17th and 18th century tombstones.

Purchase tickets to A Colonial Christmas Celebration at www.warner-hall.ticketleap.com/a-colonial-christmas-celebration. For more information, please call 804-815-0961. Tickets are also available on Gloucester Main Street at Angelwing Stationers or The Silver Box, in Ware Neck at Nuttall’s Store, or at Gloucester Point at Little England Mercantile.